The All Star Children’s Foundation is led by a committed group of individuals dedicated to improving the lives of children who have been abused and/or neglected. They give freely of their time to guide the Foundation and ensure its strategic goals are being met. 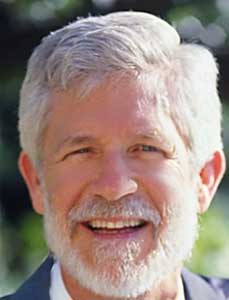 Dennis McGillicuddy graduated in 1966 with honors from the University of Florida Law School.  He practiced law until becoming a partner in a cable television company. The business was sold in 1999. During Dennis’ career, he was involved in various businesses including investment banking, waste to energy facilities, recycling of industrial metal-working fluids, biological treatment of waste water, magazine publishing, commercial real-estate, real-estate development and home building, the manufacture of building products and minor league professional baseball, and significant investments in publicly traded securities. He currently serves on the Board and Audit Committee of Franklin Street Properties, a publicly held REIT.

Dennis has served on the boards of various nonprofit organizations.  He is currently President of the Board of Trustees of Florida Studio Theater, a professional nonprofit theater organization. He is the Co-Chair of Embracing Our Differences, an annual 2-month art exhibit promoting the values of diversity and inclusion. Dennis serves on the Advisory Board of The Center for Mindfulness in Medicine, Health Care and Society. 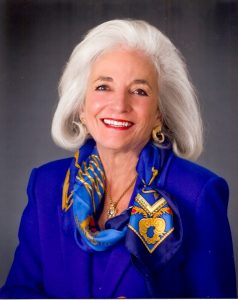 For Graci McGillicuddy, helping the victims of child abuse has been a lifetime commitment.  It began one day in 1986 when she read a newspaper article about 18-month-old Shannon Nicole, who died after being brutally abused by her mother and stepfather. Shannon’s lifeless little body was then stuffed into a diaper bag and dumped by the hospital. Unable to fully comprehend how any child could be so mistreated, ending child abuse became Graci’s life’s calling.

Graci never looked back. She has worked tirelessly to prevent child abuse and provide treatment and care for our community’s most vulnerable children.  In 1987, she was appointed to the Board of Directors of the Child Protection Center and became a leading force in children’s advocacy throughout the region. In 2004, she was appointed by Governor Bush to serve on the Governor’s Mentoring Initiative, which in 2005 became the Florida Mentoring Initiative.  In 2008, she was appointed to the Governor’s Child Abuse Prevention and Permanency Advisory Council and was reappointed in 2009.  This Council serves as the research arm for the Governor’s office and is critical to Florida’s efforts to prevent child abuse and promote adoption.

Graci has been the recipient of numerous awards and honors for her outstanding leadership and dedication to helping keep all children safe and free from abuse.  In November 2009, Senate President Jeff Atwater presented Graci with the Florida Senate’s “Spirit of Service” Award, the highest honor bestowed on civilians, and on October 11, 2014 she was presented with the “Lightning Community Hero” award by Tampa Bay Lightning owner Jeff Vinik on behalf of the Lightning Foundation.

Baby Shannon Nicole did not die in vain. Because of her, Graci has been a powerful force for change in the lives of abused children for over 35 years. 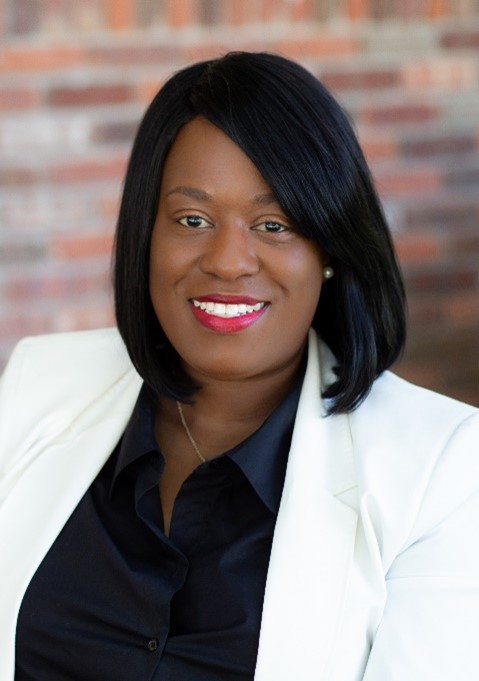 Ashley Coone has a wealth of experience in government, event management, nonprofit work, and more. Prior to launching Ashley Coone Consulting, she served as Executive Director of the DeSoto County Chamber of Commerce, at Florida Gulf Coast University and in the Office of Congressman Connie Mack. In 2016, Ashley was appointed as the DeSoto County Clerk of the Circuit Court by Governor Rick Scott. She is currently a member of the Florida Gulf Coast University Board of Trustees. She previously served on the Florida Board of Ethics and as Chair of the Early Coalition of Florida’s Heartland. Ashley is the co-founder of Links2Success, a nonprofit in her hometown of DeSoto County that provides free college and career readiness programs to middle and high school students. She also spearheads the Smith Brown Project, a capital renovation project that led to the opening of the first Boys & Girls Club in DeSoto County. 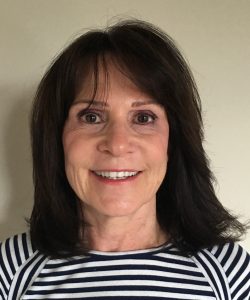 Elaine Crouse held numerous leadership positions in international US-based communications companies. In her career which spanned more than 25 years, she concentrated on the operations and marketing areas of business. Now retired, Elaine is active in various homeless and hunger initiatives and has devoted much of her time to promoting and supporting the well-being and education of children and adolescents. In addition to the All Star Children’s Foundation, Elaine serves on the Boards of the Child Protection Center and of the Ringling College of Art and Design.

Early on, children’s causes were a focus of Elaine’s philanthropic activities. She has been involved in numerous children’s organizations, including Big Brothers Big Sisters, Girls Inc. and several Catholic charities. Her interest in children who, she believes, have the innate ability to succeed and thrive in life, but are amongst the most vulnerable in society and often unheard, are very basic. “I am passionate about giving them a voice. Children who have suffered from abuse, neglect and trauma need to be heard. The ultimate goal must be, in society’s very own interest, to break this vicious cycle and to enable these children to live to their fullest potential. It’s a win-win situation for all of us when they do. ”

Born in Pittsburgh, Pennsylvania, Elaine lived and worked the majority of her professional career in New York City. She attended the University of Pittsburgh and holds a Masters Degree in International Studies from New York University. 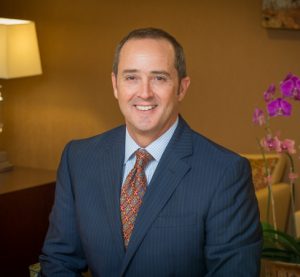 Since 1997 Dr. Hautamaki has been a practicing physician in Sarasota, Florida where has served as Chairman of Medicine, Director of Critical Care and currently as the Chief of Internal Medicine for Sarasota Memorial Hospital an 821 bed regional teaching medical center with an active Level II Trauma center. He has served on the hospitals executive medical committee and remains active teaching as an assistant clinical professor with Florida State College of Medicine.

Dr. Hautamaki serves as director for several private and public biotechnology companies which have included Wafergen Biosystems, Fibralign Corporation, First Wave Technologies, and 20/20 Genesystems. Dr. Hautamaki sits on the University of Florida College of Medicine Leadership council and now serves as their president.

Dr. Hautamaki is married to Elizabeth and has four children. 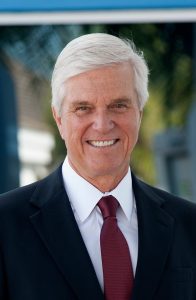 Brett Hutchens is the president and managing partner of Casto Southeast Realty Services and is in charge of mixed use and entertainment development for the Casto Organization.  Casto is in the top 10 of the largest privately held development companies in the United States with a portfolio of over 23 million square feet of retail property.  He has over 30 years’ experience in commercial real estate development and has been with Casto for 17 years.  Hutchens practiced commercial law in Cincinnati, Ohio for several years prior to entering the commercial retail development business in the mid-1980’s.

In addition to his business activities, Brett is a past Chairman and 33 year Board Member of Children’s Miracle Network Hospitals which benefits 170 Children’s Hospitals throughout the US and Canada and has raised over $7 billion dollars since its inception. He has been especially instrumental in creating corporate partnerships at Children Miracle Network Hospitals which accounts for roughly 65% of the $378 million raised for the hospitals in 2016. 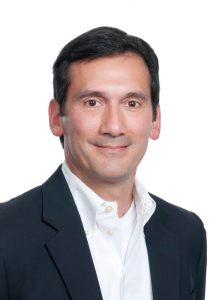 Jeffrey McCurdy is the founder and principal of Guardsman Private Capital Management, a boutique investment advisory firm based in Sarasota, Florida.  He is a Board Member of the Community Foundation of Sarasota County, whose assets exceed $325 million, and Chairman of their Investment Committee.

Before founding Guardsman, Jeff was the Chief Investment Officer and Chief Financial Officer of a private investment firm and served in a corporate finance capacity for AlliedSignal, where he concentrated on mergers and acquisitions, strategic planning and business development.  Earlier in his career, Jeff served for eight years as an officer and as a rotary and fixed wing aviator in the US Army, including service in the Gulf War. Jeff earned an MBA from Duke University and a BA from the University of Pennsylvania. 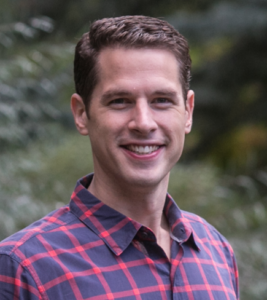 Noah Riner is an entrepreneur, investor, and experienced chief executive. He currently invests in privately held businesses across the US. He was formerly the CEO of NeuroInternational Healthcare, which operated specialized treatment facilities in multiple states for individuals with brain injuries and developmental disabilities. Under Noah’s leadership the company grew from 90 to 550 employees. Previously, Noah founded Ironclad Capital, a private investment fund which acquired NeuroInternational.

Noah has a passion for human services and was a long-term leader and volunteer for a non-profit providing residential substance abuse treatment services. Noah also serves as an officer in the US Navy Reserve and is a member of the Finance Committee at the Church of the Redeemer. Noah graduated from Dartmouth College and received an MBA from the Stanford Graduate School of Business. In his free time, Noah enjoys being outdoors with his wife Britt and their four children.