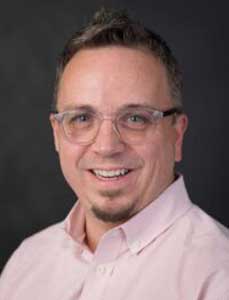 Stephen Fancher has been in Sarasota since 2012, relocating from the New York area where he was active as a musician and teacher. Stephen has a passion for working with kids, having been awarded Stamford Connecticut’s Teacher of the Year in 2012, he was the general music and chorus teacher at Julia A. Stark Elementary School for eight years. He decided to transfer his skill set as teacher to the field of finance working as a financial advisor with the Mariash-Lowther Group at Merrill Lynch from 2012-2016. Stephen joined the world of not-for-profits in 2016 combining his skills in teaching, finance, and business development working at the Sarasota Opera as their Development Officer and JFCS as their Vice President of Development. His unique skill set developed from teaching, finance, music, and sales sets him apart as a fundraiser. Originally from central Connecticut, Stephen earned his bachelor’s and master’s degrees in piano performance, studying piano at the University of Connecticut, Trinity College of Music in London, England and at the conservatory at SUNY Purchase in New York. He has been very active in the Sarasota community sitting on the boards of the Artist Series Concerts and the Sarasota Music Conservatory, as well as performing the role of assistant conductor and accompanist for Key Chorale. Stephen lives in Sarasota with his wife Michelle and daughters Piper and Sofie. They enjoy the beaches, the arts, and spending time with family and friends.